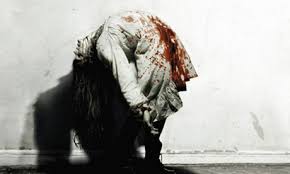 Again while playing the seductive dance of “What am I going to watch today?” I decided to give The Last Exorcism another shot.


When it came out in theaters I skipped checking it out because of the across the board comments on how the ending was bad. I waited for it to hit the Red Box before I decided to give it a whirl.


I was mega curious about the movie and since I’ve watched endless bad whole movies, I thought I could endure the pains of a bad ending.


I was kinda “meh” about the whole thing. Now that I saw that it’s on Netflix, I thought I’d give it a once more with feeling view. 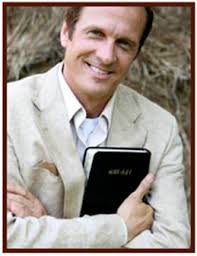 The Last Exorcism takes place in the deep, swampy south of Louisiana.
This semi-documentary follows Cotton Marcus, whom in his youth was raised to be a child preacher, has now grown to be a cynical man.
Cotton has lost faith in God over the years after suffering the heartache of having a deaf son. He puts his faith more towards science and medicine than in any religious beliefs.


Cotton takes on the role of his work like a clown would at a birthday party. He knows how to perform the tricks and delivers on what makes people happy.


One duty he is often called for is exorcisms. After reading about an autistic child dying from an exorcism instead of his parents seeking a doctor for his condition, Cotton decides that he will perform his final exorcism for a documentary crew.


He wants the doc crew to record his showy performance and rigged routines in effort to show that an exorcism is all in the mind and cannot heal people who are in need of medical or psychiatric help. 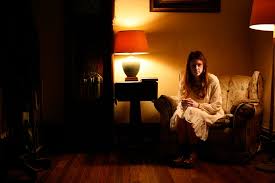 Cotton randomly choose a farmer’s daughter as his last performance. Louis Sweetzer seems to believe that his sweet daughter Nell, is possessed by something evil. Cotton does his donkey show and everything seems to be ok. For like an hour! Things with Nell stir up again and Cotton feels that she doesn’t need the help of prayer but some serious psychological help.


Ok so when the ending comes around, I can’t say that it was “bad” just….different. When things hit a “everything gonna be ok” point, it comes off as unsatisfying weak sauce change in the flow of the creepiness. When the truth of everything is revealed in the final 10 minutes of the movie, you either run with it or you don’t.

Seeing it a second time I felt better about the ending even though there are some hazy things going on that you can’t help but think “um, what?”


I do give this movie a lot of praise for taking on the controversial topic of science vs. religion. Maybe it will change the way you think, maybe it won’t, maybe the only affect it will have on you is that you’ll crave a grilled cheese sandwich afterwards but “bad” ending or not, it’s worth checking out.