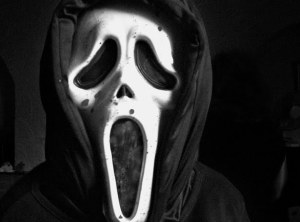 If you haven’t heard the latest news, Scream 4 is a go!
I’ve read a lot of stuff on the possible upcoming Scream sequel/new trilogy(?) in the last year. It was never clear if Wes Craven was returning or what other veteran cast member were signing on other than the Arquettes.
Well, it’s official, The Arquettes, Neve Campbell, Wes Craven and writer Kevin Williamson are set to do the new film which is shooting for an April 15, 2011 release date.
I’m a big fan of the three-quel so I’m looking forward to what’s to come in this series. The movies all followed rules. Rules that shaped the average horror movie and prepared the audience and the main characters for what’s in store. Now I’ve come up with rules or things I expect to see in Scream 4. Here goes-

1. A famous person or semi-main character must die before the intro.
Drew Barrymore, Jada Pinkett-Smith and Cotton Weary had the time in the blood soaked light pre-intro of each movie. Their deaths capture the exciting moment and intensity of the movies. We all sat down for the first one and watch Drew terrorized, we knew that things were going to get more crazy from that point on. And it did. I’m not going to say that I can imagine the new one without Sydney as the main character/heroine. But… if she were the one to die pre-intro… that would would be a big opener.

2. Dewey has to be shot, stabbed, harmed in some way that keeps him from helping out but yet still showing up after “everything is alright” in the end. The man never dies! If he doesn’t at least fall and twist his ankle, I’m going to be very disappointed. 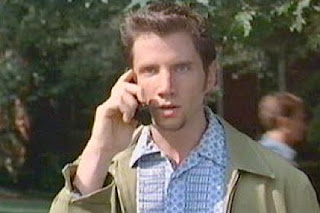 3. Randy has to give a warning from beyond the grave. Randy guided the characters through the rules in the first two films. When we lost him in the 2nd film (I’m still not over that) but he magically recorded a video tape explaining the rules for a trilogy. I want his sister or mom or brother or someone to find ANOTHER video tape or notebook or something that lets Randy warn his friends again so they know what to expect in the new series.

4. The killer(s) have to be related to someone who was either previously killed, someone Sydney’s mom fucked/fucked over or be Sydney herself. Hey if Syd’s not going to be the pre-intro death, she should be the “fuck this shit! My mom’s was a whore, my boyfriend and half-brother tried to kill me! Everyone must die!” killer It would be a big let down or cop-out if the killer(s) just ended up being a killer fan boy *cough part two cough* I want the revelation to be off the charts awesome. That’s all I’m asking for.
I don’t think this is much to expect but who knows what new rules will come out of the new installment. I’m just glad it’s not a remake or an Americanized Foreign film. Ok, I’m ready for April 2011 now.